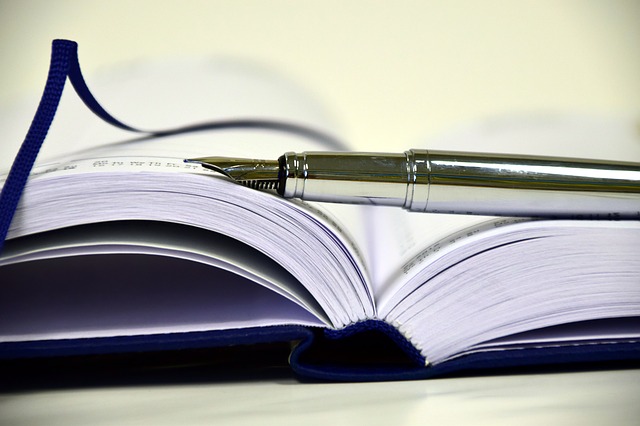 But I will not moan about it, and I will not give you lengthy justifications and explanations. I will, however, share some of the writing I’ve done recently, everywhere but here.

I love talking with pastors about the work they’re doing, about the passions that drive their ministry choices–which is good, because that’s a big part of the writing I do for Gatherings of Hope, a non-profit aimed at helping pastors and congregations in Grand Rapids. It’s extra good because I recently got paid to talk with a friend who had pastored me well for 9 years.

The Gift of The Ask: Deepening Ministry by Growing Connections is my profile of Pastor Denise Evans, and her work with the Kingdom Life Ministries Community Development Corporation, in particular, about her work as the community liaison for The Deborah Project and The Deborah House. She’s the connector who finds organizations and people who want to help her church provide temporary housing and services to young single mothers and their kids. It was such a thrill to talk with her about her important and necessary work.

And to talk with one of her conspirators, Pastor Doriane Parker-Sims, the visionary behind those projects. She is doing deeply good work in Grand Rapids, and I was so glad she took the time to talk with me about it. When the Needs Are Deep, the Vision Gets Deeper: How one Grand Rapids church went from giving away backpacks to providing housing.

This isn’t terribly recent, but it’s a piece of writing I love: Leading From the Middle: Pastor as Shepherd. I got to take the research I did about shepherding for The Giant Slayer and apply it to the image of the pastor as shepherd. I highlighted how the image of the sheep streaming after the shepherd and respectfully following him in a neat line was lovely and romantic … but doesn’t reflect the ministry reality. Rather, shepherds lead from the middle, they do intimate, one-on-one work that gets messy, but they also provide direction and take the long view. I even like my ending, mostly because I’d been trying to write an article that the quote from Khary would work in for close to a year.

So why would anyone take this on? Especially for the bi-vocational pastors who do this all-consuming work during their non-paid-work hours.

Of course, as pastors, you are called and equipped to this work by God, and empowered by the Holy Spirit. But Khary Bridgewater, Senior Program Officer for Gatherings of Hope, points out that something else is true of you:

“Let’s start with you not being normal because you like sheep and most people think sheep stink.”

You love those sheep.

That doesn’t make the job any easier or less messy, but it does help explain how you can not only keep going, but even long to be with those messy, wandering creatures. You’re not normal — and we thank God for that.

I’ve been reading Writer Unboxed in a daily basis for close to ten years. I’ve been part of their Facebook group from the beginning, I’ve gone to their two Unconferences, and I’m a moderator of the WU Breakout Novelist Book Dissection group. I admire all the writing gurus, published and unpublished, who I read there. And last week, I got to join them–not as a writing guru, but as a reporter for the novel dissection group. I got to write about a book I loved, and about a discussion I loved being part of, for a site that is a crucial part of my life as a writer. It was a big deal. Dissecting A Man Called Ove:

Don’t worry, no men called Ove will be harmed and no physical guts revealed in this post, but we will expose some of the techniques Frederik Backman used to craft his breakout novel, A Man Called Ove:
* he told a compelling “domestic” story without An Antagonist
* he made omniscient point of view feel as intimate as first person.
* he masterfully wove past and present.

Getting political without getting nasty

I’m doing something new: writing about politics. I’ve normally steered clear of that, but I am concerned about my adopted country of the U.S. of A. So I’ve joined a group blog called Letters to Trump. Once a month, I’ll write a letter directly to our current President. Here are two attempts at getting political without getting nasty:

You seem obsessed, not with doing the best, but with being seen as The Best Ever. Those are very different things.

Needing others to laud you as The Best Ever gives them the power to determine your worth and value as a person, which is a very insecure position to be in. Even though millions of people think you are great, it’ll never be enough—your need is a swirling beast that will never be satisfied.

… Yes, there is probably satisfaction that you get from standing alone, the Big Man, facing down those smaller than you. But it makes me sad for you. You see, some of the best things I’ve done have come during times of collaboration, and I’m sad that you will miss out on the opportunity to learn, to grow, and to do something far bigger than you could accomplish on your own.

I was recently part of a collaboration of 8 churches–three were majority white, five were majority African-American, from 4 different denominations–to put on a Vacation Bible School (VBS). Together. Each church had done summer programs for kids, but we came together to do something bigger, something new to each of us, something that could show our community that the people of God could work together for the benefit of our neighborhood. Did we start out with more churches and did some leave us as we went through the planning process? Yes. Did we have the occasional 45-minute discussion about something only to discover we’d been saying the same thing but with slightly different vocabulary? Yes. Did the VBS we chose look like anything our churches had done before? No, and this produced some early tension.

But we learned to trust each other and rely on each other, and it was glorious.

Hopefully this link-y post all about me wasn’t too obnoxious. It’s been more challenging than I’d thought to combine fiction writing, paid freelance writing and editing, two paid mini-jobs, and keeping up with my blog. But I’m working it out.

And I hope you keep working out what you need to work out, and that you don’t give up on things you enjoy doing, even if how you do it winds up changing. We’re in this together!