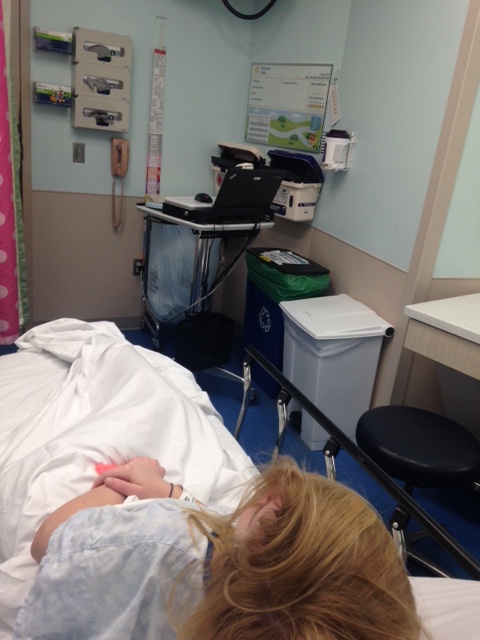 My Obamacare story starts with the end of my marriage. In August 2015, my 21-year marriage ended and my then-husband lost both his jobs and his health insurance, which meant that the kids and I lost our health insurance, as well. I was a stay-at-home mom who’d worked freelance jobs from home for most of my years as a parent, so I didn’t have a job outside the home at that time.

Without warning, we had nothing.

My ex’s company was generous with giving us a little time to work out our medical coverage situation, which was good, because it took a while to get the bureaucracy going. I applied for the Affordable Care Act immediately, but was rejected — because we qualified for the Medicaid expansion that Michigan made as part of the Obamacare deal.

So we went on Medicaid.

It was a godsend. To have everything ripped away and everything in my life upended, but to know that if something were to happen, the kids and I had medical coverage, was a bone-deep relief. This system that I’d paid into, that you’d paid into, was the lifeline we needed in our desperate moment.

Within a year, and the finding of three part-time jobs, I was earning (just barely) too much for me to qualify for Medicaid, so I went to the Marketplace. But the kids are still covered. It is still a relief. The coverage is pretty basic, but when our doctor told me to take my daughter to the E.R. for her third bout of vomiting and diarrhea in three weeks, I could go with only the worry of her condition, not how I was going to pay for it.

There are so many more dramatic Obamacare stories, and don’t get me started on the demonizing of the poor who use Medicaid (when our love of cheap goods requires that some people make barely any money and need government assistance to get basic services, which we should really call a corporate entitlement system, because they’re the ones who are feeling entitled to not pay a living wage or supply benefits, not to mention the economy’s switch away from full-time benefits-paying work to contract non-benefits-paying work). But this is my story of a government program that helped me when I’d suddenly lost everything.

And thanks, Governor Snyder, for making sure Michigan did the Medicaid expansion when many of your fellow Republicans were dead-set against it.

If the current administration’s changes to the health care law go through, I don’t know that someone in my situation would get help, that the system their taxes helped pay for would be there in their temporary hour of need. I don’t even want to imagine what the stress of that would have done to me and my kids.

7 thoughts on “My Obamacare Story”