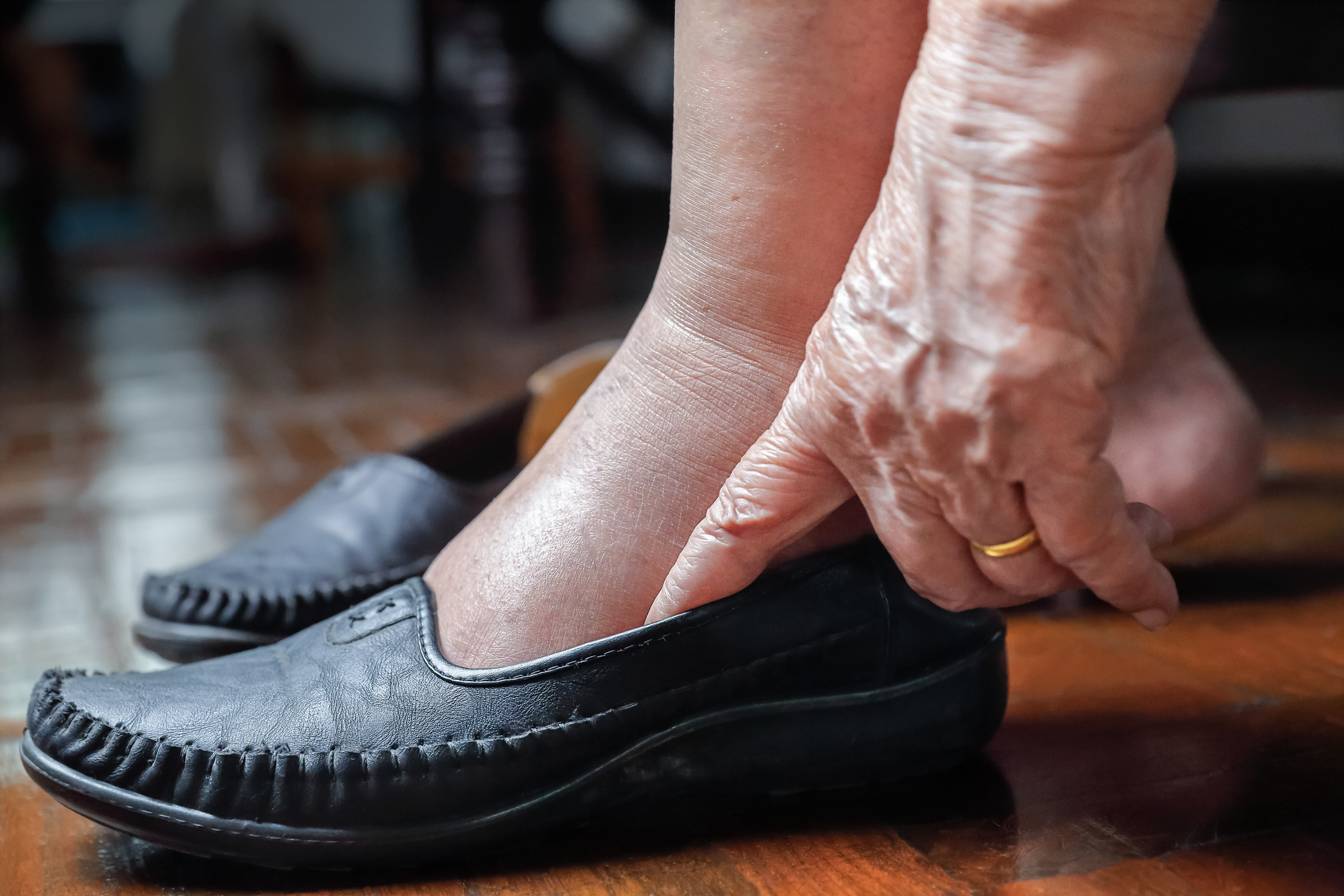 When my mother was six, in the summer of 1947, her home burned down.

The four-year-old noticed fire licking out of the wood-stove pipe in the kitchen, asking his older sisters what it meant while he slurped cereal from a bowl. Their mother was in the barn, so it was up to my mother and her older sister to get the kids out of the house and then run a mile to the neighbor’s — he didn’t have a phone, either, but he had a car and could drive to a phone.

The fire department came, but the house was a total loss.

Their neighbors followed the fire truck, gathering to commiserate. Once the ruins cooled, the kids took turns dashing into the house to see what they could salvage, tossing the spoils on the grass. My mother was very proud of one thing she managed to save: my grandmother’s ratty house shoes.

Everyone burst into laughter, leaving her mortified and confused.

After all, she’d seen her mother sigh in relief as she removed her barn boots and slid her feet into those slippers. She’d noticed how her mother would have a cup of coffee and sit for a moment after putting them on. They were important. But important enough to be celebrated for surviving the fire? Did they reach that kind of heirloom status?

What counts as an heirloom?

None of what I consider heirlooms from that side of the family came from the pre-1947 house. They’re from the barn or the shop where Grandpa fixed electronics: crocks and tins and horseshoes used for utterly mundane purposes.

The generation that originally owned the stuff is not always a good judge of what subsequent generations will consider precious. When I was in my 20s, I admired my grandma’s red glass vase collection and she handed one to me. She loved that vase and I love it, too; it’s the perfect vessel for a stem of bleeding hearts in the spring. But I also treasure something my grandpa thought of as garbage: two rusty horseshoes from the pre-tractor days. When I asked whether I could take them, he laughed the same “you’re crazy” laugh he gave when I told him how much bags of purslane (a weed that plagued his fields) were selling for in New York City.

I’m a big city girl, but I love my rural roots. The horseshoes, the red vase, my great-grandmother’s crock, and a blue and white egg-collecting tin remind me that, only one generation before me, my mother worked the fields with her 11 siblings and used a two-holer outhouse (with Sears catalogue for wiping) for the first seven years of her life.

They remind me of summer afternoons spent with my grandma and my aunts in the farm kitchen, pitting sour cherries with bobby pins, of tipping squeaky piles of snow peas, of my gentle grandma and her squinty-eyed smile, of my mischievous grandpa and his giant ears and hands.

Who are heirlooms for?

Will my children find those same items as rich? Will they find them as beautiful as I do? If so, I’ll do what my grandparents did, and dole them out while I’m still alive. If not, I’ll be dead when they decide what to keep, and past caring. If my kids decide to pitch the horseshoes when I’m gone, that’s fine.

They don’t need to keep anything for my sake: heirlooms are for the living.

This came home to me at my Oma’s funeral. I wore her 1954 coming-to-Canada suit jacket. When she was alive, she would have loved that I wore it, but as I stood over her body and touched her hand, about to tell her, I stopped. She looked so at peace, beyond the cares of this world, even the pleasant ones. It turns out that I didn’t wear the suit for her; I wore it for me. I loved it.

This can set the living free from the burden of the previous generations’ stuff. You don’t keep the stuff for them, you keep what you keep for yourself, because you find it meaningful or beautiful or useful.

Even with that awareness, I keep thinking about those slippers. My grandma was embarrassed because everyone saw her beat-up house shoes, but maybe she was also secretly glad for their familiar feel when they had to live for a year in the workshop.

In this case, the heirloom isn’t the item: it’s the story.

** An earlier version of this story was published in catapult magazine in 2014, http://catapultmagazine.com/heirloom/article/salvaged-goods/index.html

3 thoughts on “What We Save”