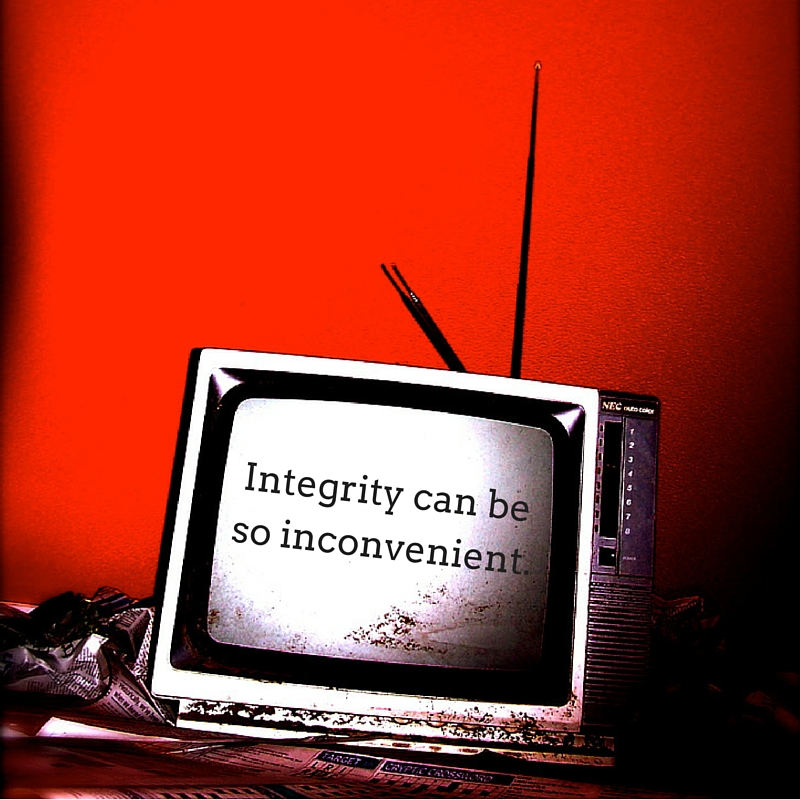 Having children has taught me so much:

And one other little, teeny weeny tiny thing:
If I am remotely hypocritical, they will call me on it.

I often spotted my hypocrisy myself when they were younger. When my son was 2 or 3, I swatted him on the butt for hitting his baby sister, but the act of hitting a child while telling them not to hit a child felt so illogical that I never did it again. Instead, I used this airtight argument:

“I don’t hit or push you when I’m upset with you or you don’t do what I want, so you may not do it. That’s not how people solve problems.”

Now that they are both teenagers I, like many other parents, regularly nag them about doing something other than being in front of screens of one kind or another all the time, and I maintain the rule of no phones / laptops / iPads in their bedrooms at night. But then my son noted that I keep my phone and laptop in my room at night.

Now, I have my reasons. The phone I keep up there because if there’s a problem in the night, I want to have quick access to it. A few days after getting rid of the landline, one of the kids needed to be picked up from a sleepover in the middle of the night, and it didn’t happen because the cell phones were downstairs. So that’s a safety issue; it stays with me.

The laptop is another story: I’m afraid I won’t be able to fall asleep without it.

It started during my third year of college, when a roommate moved out and left me her ancient little black-and-white TV (bunny ears included). I enjoyed winding down at night with a little Johnny Carson and David Letterman. The next year, when I lived alone, I grew to rely on late-night comedians (and the occasional middle-of-the-night infomercial) to relax me enough that I could fall asleep. It continued through graduate school, and after I was married (marrying a night owl meant that I still fell asleep on my own most nights), and became a firmly entrenched part of my sleep process.

I managed to interrupt this pattern this Spring (The good that I should do, yadda, yadda, yadda), but then I slid back into it, and when my marriage imploded in August, hardcore insomnia moved in and the laptop was my only comfort.

And then my son had to go and point out my hypocrisy. Which means it’s time to give it up. Again. Starting on the time-honored date of January 1, 2016.

My heart rate sped up, just typing about it. I’m scared. But my forties have taught me that being afraid is not a sufficient reason to avoid it, and that fear often indicates that Resistance is trying to steer me away from healthy change. I’ve also learned that I can do hard things.

So on Friday night, I will leave the laptop downstairs. The Kindle is loaded with all sorts of books, I’ve learned how to borrow ebooks from my library, and I’m hopeful. My kids are the secret weapon: I’ll repeatedly disappoint myself, but I’ll fight like crazy to avoid disappointing them.