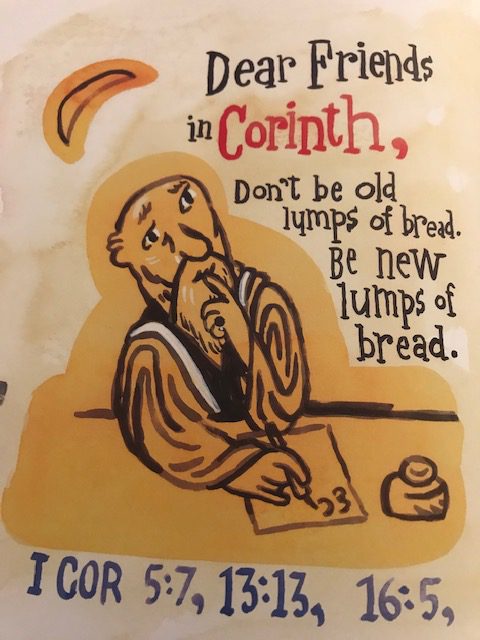 It’s relatively simple to make a picture book for children out of the stories in the Old Testament–Noah’s ark, David and Goliath, Daniel in the lion’s den, the Good Shepherd of Psalm 23. Likewise, the life of Jesus contains a wealth of simple, visual stories–Zaccheus climbing into the tree, feeding the 5,000, calming the storm, walking on water. But there’s not as much scope for child-level storytelling in the early years of the followers of The Way. Those letters from the apostles get pretty theological, and don’t lend themselves to visual storytelling.

But Chris Raschka has made a wonderful picture book out of all the letters of Paul! Each two-page spread contains a distillation of one letter along with an illustration of Paul writing, as well as some items he might typically have around him as he wrote. In some images he’s eating or drinking, in some he looks pleased and in others down, 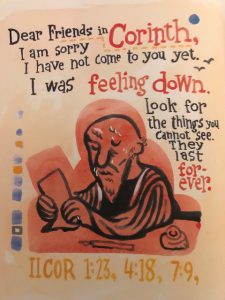 in some he’s in jail, 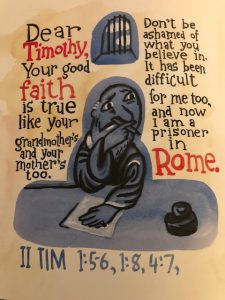 in others he’s got company. 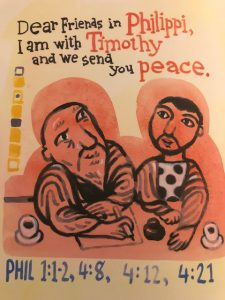 Usually, the messages are uplifting. 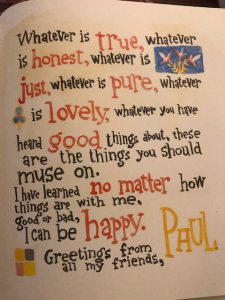 Sometimes, Raschka chooses one that scolds. 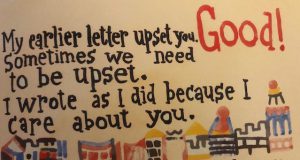 But his distillation shows something that I never noticed about Paul: how important friendship was to him. In many of the two-page spreads, Raschka takes room to note who Paul sends greetings from, and who he wants the readers to greet for him: “Greet Priscilla and Aquila. Come see me soon. Only Luke is still with me” (II Timothy). “Luke, the doctor, and Demas say hello” (Colossians). It makes Paul feel so human, and less like a Big Theologian. He was a person who travelled around and relied on his friends in this very young faith. And he was writing to friends, to people he knew and who knew him. The letters feel more intimate.

Which reminded me of listening to a friend read the entire letter to the Ephesians at a Bible study. Paul’s letters are so meaty that we rarely hear them as the early church did: out loud in one sitting. I was surprised at how positive the letter felt, and how cared for I felt after listening. The letter seemed like a long prayer, like Paul was pouring out his hopes and prayers for his friends in Ephesus, and telling them what they needed to hear in order to be encouraged and keep going. Raschka’s book inspires that same feeling. 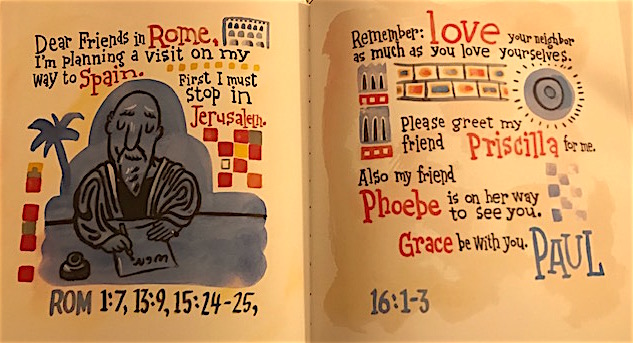 One thought on “Reading Paul with Children”