I was browsing through the List app this weekend when I came across one that looked like fun: a list of one memory per country the person had visited. My kids are out of school, and I’ve attended the Zeeland Memorial Day Parade, so summer has officially started, and doing that list for myself just sounds fun. And summer is about fun (even for my son, who will be working 6am-2pm doing janitorial work, but he’ll be doing it with half of his crew, prompting the mother look and the admonishment, “make sure you work“).

Here we go, in alphabetical order (after my birthplace):

Aliens camping. One of my favorite places we camped as a family was Bon Echo Provincial Park. When my dad was just out of law school, he started a company to explore affordable yet attractive housing; he didn’t find the solution to the housing dilemma, but he did wind up with an amazing tent system. There were three tents that zipped together, made of canvas and full of all kinds of interesting angles so his 6’3″ frame could fully stand in two of them. One tent was our living room; it contained seating, as well as the kitchen he built for camping purposes (it was made of wood and folded down). Zipped to that was my parents’ tent, and zipped to that was the kids’ tent (although I think Bon Echo was the first year my brother took a pup tent off on his own). Our camping spot was next to a rock outcrop tall enough that atop it, I could look down on the tent system. I liked to stand there and pretend an alien ship had landed in the wilds of Ontario.

The billows When I was maybe 8 and my brother 6, we went camping during monsoon season. And a storm came. Our spot was on top of a bluff by the ocean; although all the other campers hightailed it out of there, and we could’ve moved anywhere else, we stuck with that totally exposed spot. I remember the sides of the tents puffing out like a billows, and then sucking in, over and over and over — canvas makes a lot of noise when whipped about by monsoon-level wind and rain. 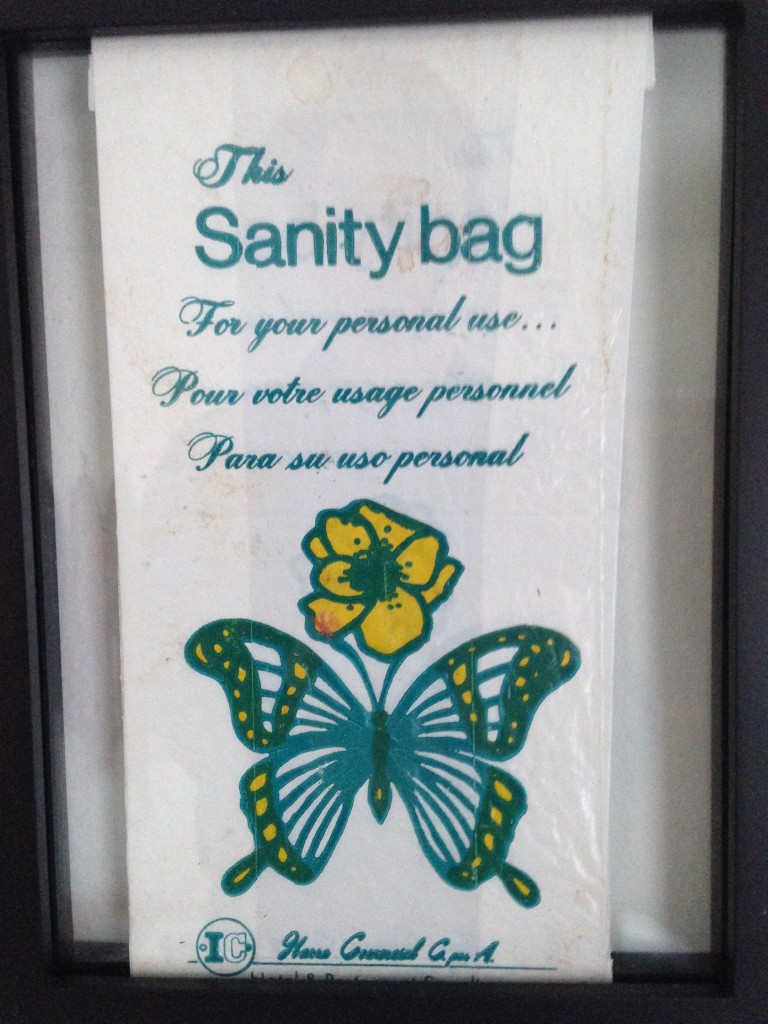 Sanity, sweet sanity We went to a resort during Christmas of my freshman year of college. Nothing can beat the Sanity Bag I found in a dresser drawer. As the mother of teenagers, I might need it now more than ever.

Entirely unromantic I was in Paris for an afternoon, and my boyfriend-at-the-time and I had to get from one train station to another one across town, with only time to grab a sandwich in between. He took me to get a Greek sandwich in a neighborhood known for prostitution, apparently. I did not love this.

My life for a burger I was 9 and my brother 7. My sole memory of Athens: being near the Parthenon and not focusing at all on its majesty, but grumbling because we had to tramp all over a hillside to find a stand that served hamburgers, because that’s all my brother would eat.

Hangry zone We were in Venice, and we arrived during early-mid afternoon, hungry and tired. Of course, everyone in Venice was full and tired and having their afternoon rest, so almost no restaurants were open. I remember being embarrassed as my dad got increasingly annoyed. Also, Venice smelled like sewage. 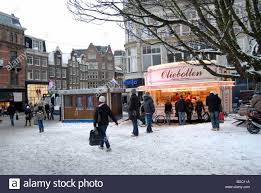 Teenagers think they’re so funny (sometimes they are) There is a delicious donut that is traditionally eaten on New Year’s Day: oliebollen. Translation: fat balls. Batter with currants, formed into a ball, deep fried, and then thickly covered in powdered sugar. In Amsterdam, they’re street cart food. When I was there during college, I watched a group of teenagers buy oliebollen, follow businessmen down the sidewalk, and blow the powdered sugar all over the backs of their black cashmere coats. It made me laugh.

Non-jolly blond giant We were here when I was 9, and I have no memory of this vibrant place other than that of being horribly, gut-twistingly embarrassed as we walked around because I was taller than most of the adults! And at 6’3″, my dad was what seemed like twice the height of everyone else. I wanted to curl up in a ball.

Self-obsessed much? I was in Denia, on the coast of the Mediterranean Ocean, during college, visiting my boyfriend-at-the-time during his off-campus semester. We went on a lovely hike in the very gentle mountains, yet I was in tears, because I had my Dance Guild show in a week or two, and I didn’t want to do anything that would jeopardize my ankles. Silly girl.

My brother’s keeper One of my dad’s brothers worked for the Canadian government and was stationed in Geneva for a year while we were in Australia, so we visited him and hung out with our cousins. When we were sightseeing in the mountains, my brother kept going really close to what looked like the edge of a cliff, and I was crying because I really thought he was going to fall to his death. He didn’t.

Romantic reading spot My mother grew up on a farm in a one-stop-sign, two-church town called Overisel. Every year, as soon as school was done, we’d drive down to visit my grandparents in time for strawberry/sour cherry/rhubarb season. I was not as stellar a picker as my mother, so I’d wind up with a glorious amount of free time. For a few years, until puberty hit and my hips grew, I liked to take a book up into one of the sour cherry trees and settle into this one spot that was just barely big enough for me to perch in. This was always more romantic ideal than comfortable reading spot, but I’d tough it out, gazing over the corn fields, thinking about how great it was that I could read in a tree, and get through 10 pages max before climbing down.