My daughter started high school today — obsessing about her clothes, her hair, her make-up, the friends she’d made the night before, the plan for lunch, whether she’d get lost, whether it was actually true that she wouldn’t need her textbooks on the first day and that teachers are lenient about getting to class on time the first week, and probably a host of other things she wouldn’t admit out loud.

As a wordsmith, I chose my words of encouragement with care:
Set the bar low. Just live to the end of the day!

Because I know she’ll do fine. She is her mother’s daughter, freaking out about stuff ahead of time so she’s ready for it when it comes (whatever “it” is). 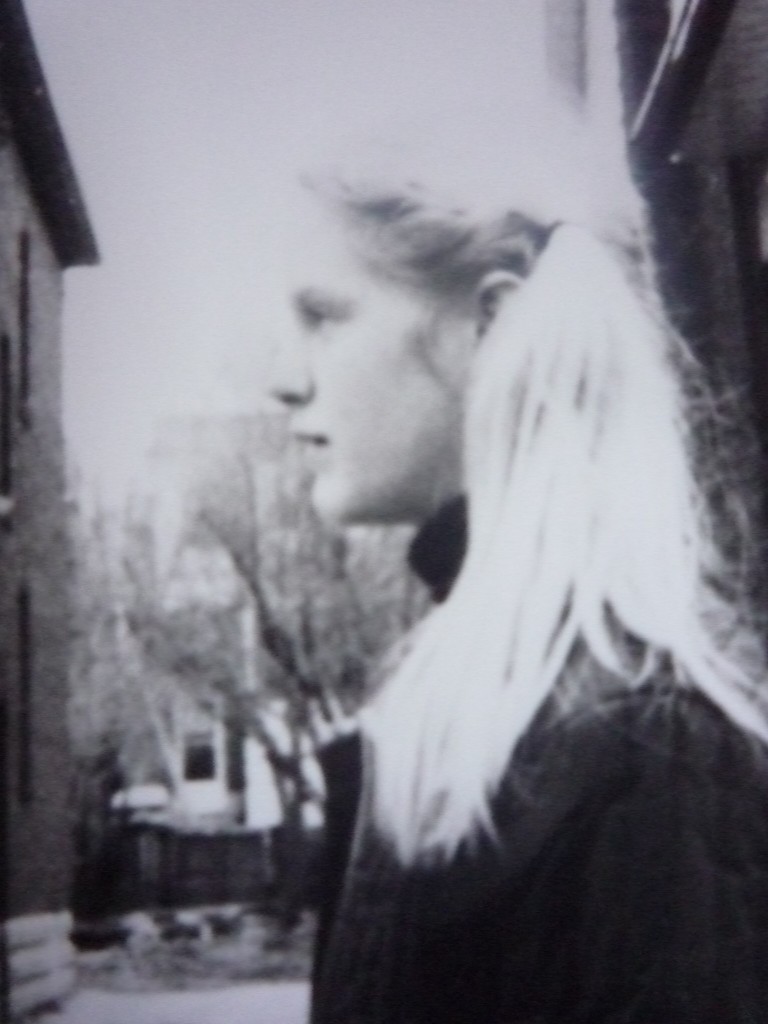 But I’m remembering the thirteen-year-old from 1981 who started high school without the benefit of a launch day that would take her to all her classes before that high-pressure first day, without the benefit of seeing all the kids and what they were wearing and carrying. That poor sweet girl, coming from a weird and tiny Christian school with its graduating class of seven, all girls, two cousin pairs, four of from the same church. Whose grade had been the oldest one in the school for three years. Who only knew two other kids in this school of hundreds. Who knew no boys her own age. Who bought her own clothes with her own money from the local consignment shop, with a very experimental fashion sense, except for jeans, which (according to the weird school’s subculture) had to be boys’ jeans. Who still wore pigtails in her hair. Who went to high school that first day with a doubled Loblaw’s bag (plastic grocery store bag) in which to carry her books.

Should I mention that she went to a public school that had a reputation as the snobbiest school in the city, even worse than the private schools?

She certainly considered it a victory to live to the end of the first day of high school.

Of course, this sweet girl was me. My daughter starting grade nine is bringing it all back.

I’m having flashbacks to that first day, standing stock still in the central hall, students streaming around me, jostling me, my nerdy Loblaw’s bags (while everyone else had backpacks or school bags — oh, the horror) cutting into my fingers, on the verge of tears because I had no idea where the science wing was and I was too terrified and mortified to ask anyone.

To that day when my choir teacher made an appointment for me with a guidance counselor because the altos had been making such obvious and loud fun of me in class that he’d heard it. I hadn’t wanted to deal with it at all, so I said it didn’t bother me. It did.

To that day when a boy who smoked a wide variety of things in what we called Cancer Alley turned my entire desk around in history class so I had to face him while he told me a made-up and obscene dream he’d had about me.

To that day when someone complained about me being at a party because it brought the stature of the party down — to my face. And I had neither the confidence nor the social capital to laugh it off. Because in the hideousness of high school, it was true.

To that day when someone yelled to me, “Nice ass. Shame about the face.”

Other people had it worse, I know. I was never physically threatened, and I’m grateful I didn’t grow up in the digital age with cyber bullying. But oh, did I hate high school.

Now, I had friends, and I was on the swim team and in clubs (nerdy clubs), and I laughed, and I skipped school to go for bike rides or to the mall a block away. There was my birthday buddy who took me to her house once for an authentic Chinese dinner. There was the girl whose uncle was in the mob in New York City (he really was). There was the druggie girl who liked to tell me stories of her exploits (probably because I had no competing stories). There were the two boys who would practice with the girls’ swim team, so I got to know them enough to flirt with them. There was the girl who would invite me to her cottage in the summer. High school wasn’t all skin that felt permanently red from blushing, and clenched teeth.

I’ll still occasionally dip into a daydream in which I get famous enough to be invited back to NTCI to be a graduation speaker, and I speak exclusively to those kids who had a bad time. Which, now that I’m an adult and I’ve talked to more people, I realize was most of the kids; even if someone looked like they had it all together, inside they felt just as awkward and terrified and self-absorbed as I did. Ah, perspective.

Thank you for indulging me while I got all that out in the open. I feel better now.

Want to engage in a little high school horror story one-up-manship? The comments are yours.

Here’s something I assume has gone the way of the rotary-dial phone and the dashboard cassette player: notes written to a friend during class and shoved through the vents of her locker. (I’m saying “her” here because my brief and unscientific survey determined that guys didn’t do this.)

Last January, when I went through every single piece of paper I’d saved for sentimental purposes, I set this pile aside. I didn’t want to keep it, but I wanted to go through it. These were all from Shelley (who I’ve written about before), who lied to me and everyone for much of a year.

She was dying of cancer. This might be the last note I ever get from her. Her mother and her mother’s boyfriend were Satanists who kept trying to rope Shelley into their rites. They wrote “Satan” on her arm in permanent marker. Her mother’s boyfriend hit Shelley. Shelley had anemia. And a kidney infection. And nosebleeds at skating practice. And her mother was kicking her out in favor of the boyfriend. And she met her real father who wanted her to live with him. She had to go to a funeral for four family members in one day. She was moving to the country with her mother and the boyfriend. She was a Christian. She wasn’t a Christian. She was a Christian. She wasn’t. Someone was leaving nasty notes to her and writing my name on them — did she believe me when I said I didn’t leave them? Her friend thinks I’m nice. Her other friend thinks I’m using her. Am I mad at her? Is Carol mad at her? I’m head of a clique in a school club we both belonged to. The club is lame under my leadership. Why do I sometimes act like I don’t want her around? She can always talk to me. I’m such a good listener. She doesn’t mean to always unload on me. She’s sorry she made me upset. How did I manage to forgive her for lying? Do I still think of her as a liar? Am I really still her friend? I needed to choose now.

Not really. More like bemused and grateful. Bemused, because she gets all wrapped up in telling me everything her other friends say about me, and references big blow-ups, none of which I remember; I don’t even remember these other girls. At all. And grateful because I do not have people like that in my life anymore, people who constantly manipulate their friends and try to keep them off-balance and entranced by the constant drama and conflict. At the time, I forgave her and remained her friend (as much as anyone could be her friend) because I figured the lying came from deep insecurity and neediness, and she was still insecure and needy, so I couldn’t abandon her. Which makes me wonder:

Probably, to some degree. Which is making me dread the coming few years. I’d thought my daughter might be inoculated from that after two little girl bullies “fought over” her in second grade, but I see entrancement with drama coming back. Sigh. I’m sure there are good developmental purposes to it, maybe practicing in preparation for real difficulties in later life. I don’t have to like it, though.

There are so many more venues for drama and conflict now: Facebook, Twitter, Snapchat, Instagram, texting, and whatever new platforms develop between now and May, when we are finally nice enough to get the dear daughter her own phone. Now that makes me nostalgic for notes shoved in my locker.

But not nostalgic enough to keep them. I’m not even keeping them in the name of writing research.

I will choose to be free. Both of these notes and of people who seek to manipulate through emotional drama. There is enough real pain and suffering in my world — I need all my energy for that.

So what will you choose to be free of this year? This month? Any little papers you’ve been holding on to that you really should let go of?