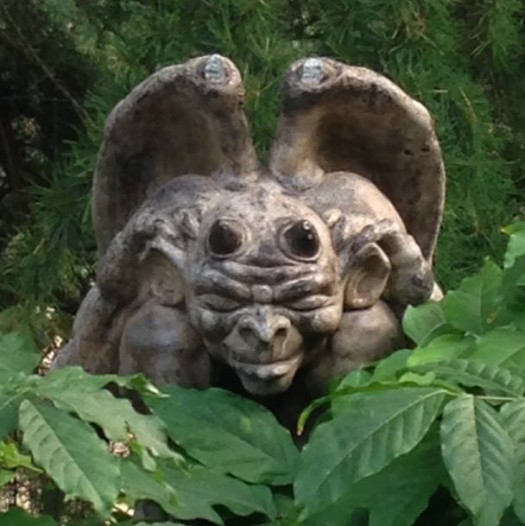 [This is a flash fiction piece I wrote for the NYC Midnight Flash Fiction Challenge. I was given the assignment of writing a piece of political satire that took place at a golf club that included an ice pack. Also should be noted that it’s rather cruder than what I usually post here.]

I couldn’t post about my first loop of the day on Facebook – the club frowned on caddies publicly mocking their members and guests. But thank the geeks for the disappearing messages of Snapchat:

Yeah, Sen. Rogers, a longer shaft / is better, but you still have / to know what to do with it. / I was talking about golf. / What did you think?

Hope he connects with his own / balls better than he does / with a golf ball.

By the time Rogers was taking his practice swing at the 7th hole, his cronies were sniggering at him like mean girls in high school. If I could see them, that meant he could, too, so I moved to block his line of sight.

That was my mistake.

His mistake was to overcompensate for his lack of power by using his driver although he only had to make 175. Whatever the head speed was when the club slammed into my ribs, it had to be higher than anything he’d managed all morning.

It hurt almost as bad as a piñata stick to the nuts – no, worse, because I couldn’t breathe. The bag clanked to the ground as I folded in half and dropped to my knees. I dug my fingertips into the turf and begged my lungs to inflate.

While I suffocated, I watched the players’ feet move into a tight circle, toes in. I couldn’t see my fellow caddies, but when they spoke, the sound was close enough that I knew they were crouching beside me.

“Biggest tip of the year, for sure,” Scratch said. “He’s shitting his pants at the idea of you going to the media.”

Wanting to laugh only made the pain sharper. Finally, air seeped in. I sat back. The players were still talking in their knot.

“Can you stand?” Scratch asked.

I couldn’t talk yet, so I gave a thumb’s down. Of course that’s when the players looked at me, which sent them to whispering more furiously.

Soon, Rogers announced to the air above my head, “I’ll take you back to the clubhouse while the others play on.” He stalked off in the direction we came from. Without his clubs.

“Senator.” My voice was a weak rasp. “Senator.” The effort of yelling almost did me in, but it still wasn’t loud enough. I raised my eyebrows at the other caddies and pointed to our left. Bear jogged toward Rogers and showed him where the shortcut was; he went to the mouth of the path and waited, arms crossed.

My legs shook as I got back to my feet. Did he really just nail me with his club and then expect me to carry his bag? Did none of his friends think that I might not be able to shoulder fifty pounds immediately after getting the wind knocked out of me and, possibly, breaking my ribs? They’d already turned back to their game.

The searing pain when I tried to lift the bag almost dropped me again.

Still no offers of help.

To hell with the turf; I dragged the bag. The Senator was glaring down the fairway, so I don’t know how he saw me, but when I was ten feet away he finally came at me and snatched the bag. I hobbled five feet behind him the rest of the way.

I headed for the caddie shack but he ordered me to follow him into the clubhouse. He took the house manager’s arm and muttered in his ear before they steered me to a couch and each got on their phones.

After a few minutes, the caddie manager appeared. “You know the club isn’t liable for this.”

I nodded. That was minute one of caddie training: You are an independent contractor. You can’t sue the club for anything.

“Trainer’s with a client. Can you manage another loop today?”

I dropped my head back against the couch. Just breathing was still painful. “No.”

A pat on the shoulder was the end of support from him.

The Senator took the phone off his ear and grabbed the manager again. “Is there a doctor in the house?”

The manager apologized profusely. To the Senator.

Rogers gave the man a dead-eye stare. “No doctors. In a golf club.”

The manager swallowed hard. “Our retired doctors don’t all keep their malpractice insurance, so…”

I tried to sigh, but it hurt too much.

Three club members came over. To the Senator.

“Driver slipped out of my hands.” Rogers shrugged.

They chatted about club accidents for a while before someone said, “You’re trying to keep this quiet, I assume.”

“Especially because you haven’t been polling as well with the Hispanics,” another one added.

I closed my eyes. The Hispanics. One Mexican grandmother was apparently too many. Too bad I’d need these idiots’ money to turn pro after college.

“Call your attorney now to get a non-disclosure agreement started.”

“This could cost you some money.”

“My doctor owes me for a little information that made him a bundle. I could get you in this afternoon.”

“Fax the agreement to the club.”

“Make sure he signs it before he leaves.”

There was some whispering and the next thing I knew, the couch cushion dipped and someone snuck his fingers under the caddie bib and my shirt and probed around my torso. I flinched and sat up but his hands were out of there before I could even yell.

“Ribs don’t feel broken to me,” he said.

I could’ve told him that.

And then they were talking about times they’d broken their ribs.

It was almost funny. Not one person had asked me what hurt or what I needed. Not one had even looked at me.

I teetered upright and got my own damn ice pack from the freezer by the bar. Where everyone knew they were kept.