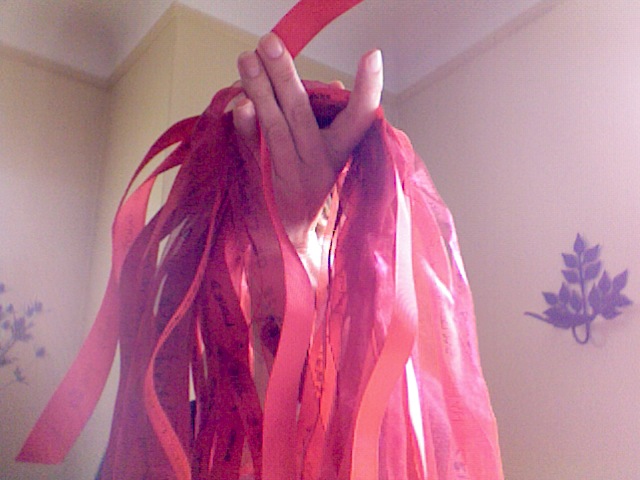 This fall, I participated in an Art Prize installation by writing prayers on red ribbons for girls and women, both in general, and for those who have survived sexual abuse and exploitation (more about that later in this post). I wrote names of girls and women I knew were survivors. I wrote prayers that a girl would be rescued that day. I wrote prayers that assured the reader that she was worthy of being rescued.  Several times, I wrote, “May you have the courage to tell your story.”

And then: “May I have the courage to tell my story.”

That was not what I’d intended to write. This was supposed to be about them. But in this area, there is no them. There is us.

I added my name to the next ribbon, because I am a survivor of sexual abuse.

When I was in grade 1,when I’d go to a neighborhood friend’s house to play, her father would take me in another room and touch me. It happened multiple times, although I don’t remember how many. I didn’t remember telling my mother, but credited our moving to Australia with stopping the abuse. It wasn’t until I was a parent, myself, and grieving that I never gave my parents the opportunity to protect me, that I found out that I had. I’d come home upset after a party at this friend’s house. My mother couldn’t get out of me what had happened, but she’d assured me that I never had to go back to that house. Ever. Later that year, when we were safely in Australia, she got it out of me, and she’d written to warn other families in the neighborhood with daughters who would go to this girl’s house to play.

Compared to the abuse suffered by other people I know, and how adults in their lives compounded the abuse by being angry at and blaming the victim, mine is a mild story. But it is mine.

It has been fuel to the fire of my anger against men. I used it to justify my poor treatment of men in my late teens/early 20s. But God did a mighty work in my life by convincing me that men are His children, too, and worthy of being treated as such — this paradigm shift made healthy relationships (both sexual and otherwise) with men possible.

The organization that used those ribbons is the Red Cord Community, helmed by my good friend Lorilyn Wiering. Here’s a photo of the Art Prize exhibit. 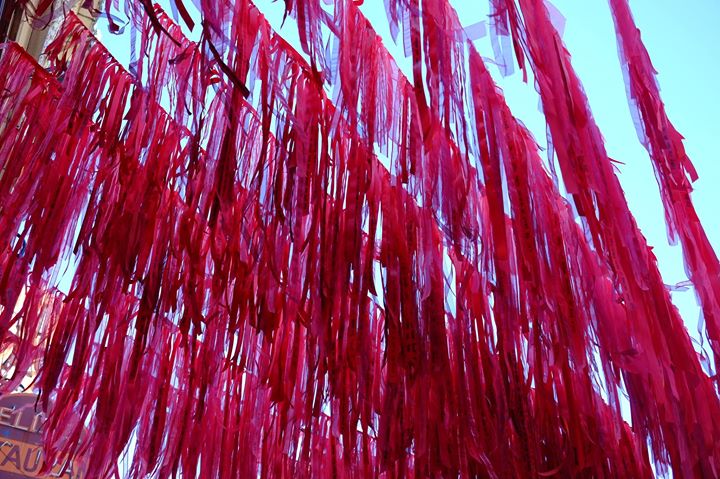 Handling so many prayers while I helped tie the ribbons to the wires was moving. Seeing all those prayers fluttering in the breeze, bathing the heads of tall people who walked through the installation, was beautiful and powerful. Telling the story of the organization and the purpose of the ribbons, and watching people — children and adults — add their prayers and their stories was profound and lovely, and sometimes sad. But always a privilege.

Lorilyn’s tagline on her email, and her vision for the Red Cord Community is this: “Together we will become a community where all are givers and all are receivers.”

I pray for you to have courage to do whatever it is that you feel God (or the universe) nudging you to do. And, frankly, I pray that I do not get a massive vulnerability hangover for writing this.