Number two in the ongoing series of exploring my old diaries. In January of 1978, I’d be just ten years old. 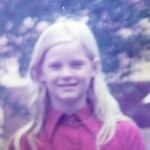 Ten was my first birthday back in Canada, after three years in Australia — winter activities instead of pool parties. I went to bed early the night before my birthday because I was kinda sick. When I woke up, I came downstairs. My parents were sitting on the built-in couches (white painted wooden frames that my father built, black, wide-wale corduroy cushions that my mother sewed, total 70s awesomeness). I sat down and waited. But they didn’t say anything about my birthday and no presents materialized. I thought they were messing with me. So I gave expectant looks, made what I thought were leading comments. Still nothing. What were they waiting for?

For my birthday. I’d only slept for a couple of hours.

We went to the planetarium for my party. I think the next year was my famous ice skating followed by decorating and filling of gingerbread sleigh party. Now that I’ve tried to make gingerbread houses my own kids, I am forever in awe of my mother for hand cutting those 7 sleighs.

Anyway, back to the diaries:

1/24/78: Yesterday, R. and I danced to Shaun Cassady record the she had gotten for her birthday.

1/25/78: This morning when I woke up my room looked like I had my door closed. Rainy day. Snow night.

So that’s a little slice of me at 10: dancing to embarrassing pop records, early writerly pretensions, and social drama. I believe my cousin R and I even wrote a fan letter to Shaun Cassidy. “Da Do Ron Ron” loomed large in all our social gatherings that year. At my cousin Esther’s birthday that month, we danced to it in a wild circle, weaving around the South African rugs and drums in her living room.

The second entry is me trying to describe the quality of the light on that dim morning. Had I yet read Anne of Green Gables? At some point, I went around constantly describing my world as if Anne were seeing it and describing it in her fanciful, flowery 1908 way, but this is too early for that.

The last entry shows the Canadian toughness. There was a blizzard and school was not cancelled. No, indeed, we went home on the streetcar and then subway from our tiny Christian school just like normal, although we would’ve had to wade through drifts and keep walking against wind and shove our way through adults on their commutes.

The difficulties of this situation were not, however, enough to stop our little group from irritating each other. This is yet another reminder to let my kids complain about other kids and get all heated up about things that happen on the playground or in the classroom without needing to comment or provide perspective.

That last one is the toughest for me. I want to provide the perspective of my years and knowledge to moderate their extreme views of other children. But they’re kids. Most of my attempts will only cause them to never tell me anything ever again or to always go away when they want to talk. I’ve been working on reigning that in (except for calling kids “stupid;” I draw a hard line on that one). So this perspective I’m gaining on myself is teaching me how not to force perspective on my kids. How’s that for circular?

My next diaries entry will take us into excruciating territory: ten-year-old romance. Can’t wait.

In the meantime, enjoy this photo of the couch I described above and me at another birthday: 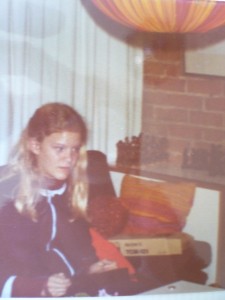