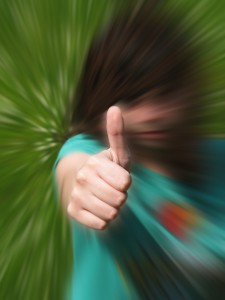 When my family and I were on a (rare!) spring break trip to Nashville we took a walking tour with a musician friend of my husband: Walkin’ Nashville Music City Legends Tour, with Bill DeMain. It’s a great tour, even if (like me) you don’t love country music, there’s great storytelling about some real characters.

Tootsie, of Tootsie’s Wild Orchid Lounge, loved her young songwriters so much that she built a room for them in the back of the bar and made demo records of their songs and stocked them in her jukebox — young guys like Willie Nelson, Kris Kristofferson. When Patsy Cline’s husband heard a demo of “Crazy” on the jukebox one night, he asked about the songwriter; Tootsie went in the back and brought out Willie. The connection was made, as was a hit record.

Skull Schulman, of The Rainbow Room, a music venue and burlesque club, loved to wear Hee-Haw merchandise, like overalls with the laughing donkey all over them, accessorized with a belt with a dinner-plate-sized belt buckle. He was known for giving young folks their first chance in Nashville — they’d play with the house band, who’d stay on the stage when the song set was done so they could accompany the stripper. Skull was also known for slipping some money to kids he believed in, something that may have kept Tim McGraw in town when he was close to giving up.

It got me thinking: very, very few of us will be world-famous for what we do, but it’s not hard to champion others. We don’t even need to own a music club. If we know someone who makes art, we can buy some or go to a show, and talk about it. We can support the passions of our friends by giving money to their organizations or volunteering for their events (or both!). We can read our friends’ books (either purchased or borrowed from the library) and leave a review or just talk about it. It’s that simple. And that fun.

Now, I’m not saying that one day a tour guide will tell stories about you, but you never know…

How about you? What are you championing these days?