For years, when people have asked me how this writing/publishing thing was going, I’ve described it this way:

I’m doing everything I can to get hit by lightning. I’m out there in an open field carrying golf clubs and flying a kite with keys on it and anything else that might help me get published.

But now that I’ve decided to become an indie publisher, I need a new metaphor. It took a friend asking me about my garden to get me there. My garden is usually a bit slower than other gardens in my neighborhood, so while everyone else’s peonies are in full and blowsy bloom, mine are like this. 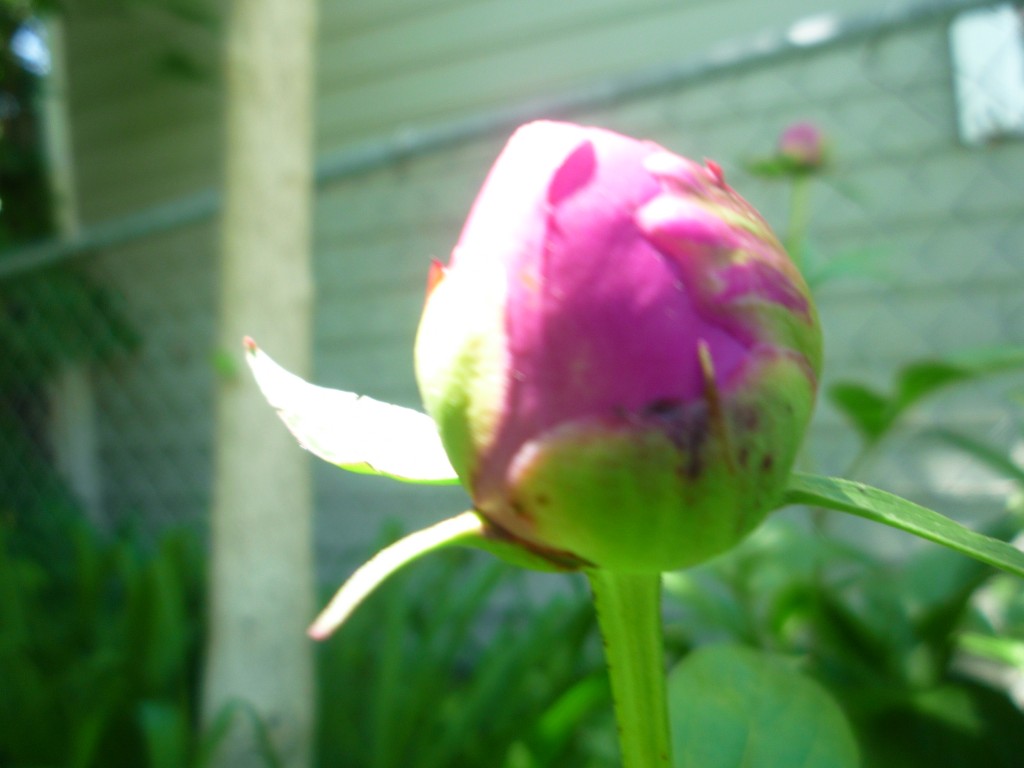 That’s the stage I’m at in my publishing journey: the fat bud stage. Everything is there, ready to burst forth, but not just yet. The Giant Slayer is still with my Old Testament expert, but as soon as she’s done with it, I’m only three steps away from publishing it (edits, proofreader, book designer).* At the same time, I’ve got a picture book project brewing that we’re independently publishing through a Kickstarter campaign that will be live in mid-August. My words are all done, but I’m setting up the campaign and waiting for our illustrator for get me some art so I can get the website going and let everyone know about it. (There’s more information on my Books page.)

It could be driving me crazy, how close I am, but I spent too long wallowing in disappointment not to enjoy this stage of being on the verge. Fat buds aren’t as showy as full blooms, but they’ve got their own beauty.

Do you have a metaphor for an endeavor you’re in the midst of?

Edited to add: my expert is done! My bud just got fatter 🙂

I’ve had the writing blahs. More accurately, the revision blahs. The first book in my planned trilogy (imaginative retelling of the biblical story of David and Saul in young adult novels) is finished. It’s been read by close to a dozen people and is in the hands of a publisher that will hopefully look at it some time this year. That means I move on to the second novel, which is complete in messy draft 1 form. 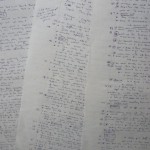 In late spring, I dutifully read the draft and noted where I needed to “show not tell,” where I needed more information, where I’d gotten the emotional tenor wrong. To the left are 3 of the 8 pages of notes I have — two lines of teeny chicken-scratches per line on the page, not to mention the stuff scribbled in margins, added in post-its, and written on the manuscript pages.

It hasn’t been as bad as pulling teeth. I had 11 of those pulled as a child, one of which had to be broken apart in my mouth and taken out in chunks, at a time when pain management wasn’t as good as it is now (or Australian dentists just thought we needed to be tougher). So revising this ms. hasn’t gone to that level.

In his book, The War of Art, Steven Pressfield writes about what he calls Resistance (and, yes, it’s always capitalized): whatever it is within you that blocks you from living your fullest life, from doing whatever creative thing you feel the pull to do. The following is from the excerpt that appears on the book’s page on his website:

“Resistance cannot be seen, touched, heard or smelled. But it can be felt. It is experienced as a force field emanating from a work-in-potential. It’s a repelling force. It’s negative. Its intention is to shove the creator away, distract him, sap his energy, incapacitate him.

If Resistance wins, the work doesn’t get written.”

I’ve got Resistance bad, in a way I never did for the first book. I called it any number of things over the summer.

1. My usual summer ADD when the kids are home and extra kids are here and I’m ferrying people about to have their fun.
2. The heat. The first half of the summer was so hot it sapped all my drive.
3. Anxiety over the fate of book 1 (aka It Is You) at the publisher, because the submission did not come about in a normal way and they didn’t get it in the format their website says they prefer, but when the president of the company asks for it in his own way, that’s how you send it, and isn’t it good that the president asked for it and apparently read it and apparently sent it along to the young readers section, but I didn’t get the postcard that they typically send saying that they’ve received the manuscript, and does that mean they don’t have it, do I dare be obnoxious enough to send them a letter asking to confirm whether they have it and whether it contains what they need from me, or should I just trust the wheels that have already been set it motion….
4. Health issues, none of which are lastingly serious, but two of which did interrupt my life for a bit (pleurisy and some kind of neck something that had me moving like a robot).

But now the kids are in school, it’s not so hot, and my neck is mostly okay. The anxiety over It Is You is still there, but I’m working on trusting the process, and on recognizing that, publishing being what it is, when a publisher says I’ll hear from them, “very soon,” two months is well within that timeframe. And so I’ve been beating myself into the chair and choking my way through a few notes, which might cover one page. Ninety minutes of work a day, tops. This is the mark of an amateur, not a pro.

Giving myself serious talking-tos helps a bit. Bible reading and prayer helps. Reading inspiring, butt-kicking words from other writers, such as Justine Musk, Steven Pressfield, and Robin LeFever helps, too.

But none of that took hold until today. You know what it was? What got me into this project in the first place: the “I wonders.” The questions about all those details the Bible doesn’t think are interesting enough to include.

Where did David get water from before he settled in the caves at Adullam? Could he devise a dew catcher out of materials available to him? If he passed by Jebus, could he access the Gihon Spring? Would the Jebusites let a random traveler get water there? What is the landscape like from Gibeah to Nob? What kind of vegetation is around there? Would there be any shade for him? Any caves? What would the evening and day temperatures be? 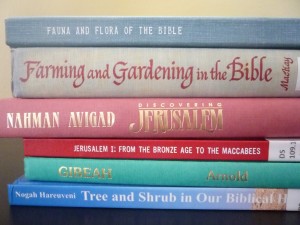 This is good. This is beating back Resistance. For now.

If you have any techniques for beating back your Resistance, I’d love to hear about it.