There is a dance step that I love. It’s part of a dance we did for the entire season of Lent at a church I used to go to. We faced forward in a line, linked to each other, one hand on the shoulder of the person in front of you, the other hand on the hand that’s on your shoulder. And we walked together: three steps forward and one step back. It’s a simple yet effective mirror of the Christian life, which is never just unrelenting improvement.

Except that sometimes it feels like three steps back and one step forward is more accurate.

I’m having a three steps back moment, and I’m hoping that writing about it will give me the push I need to actually do the good I know I should do. 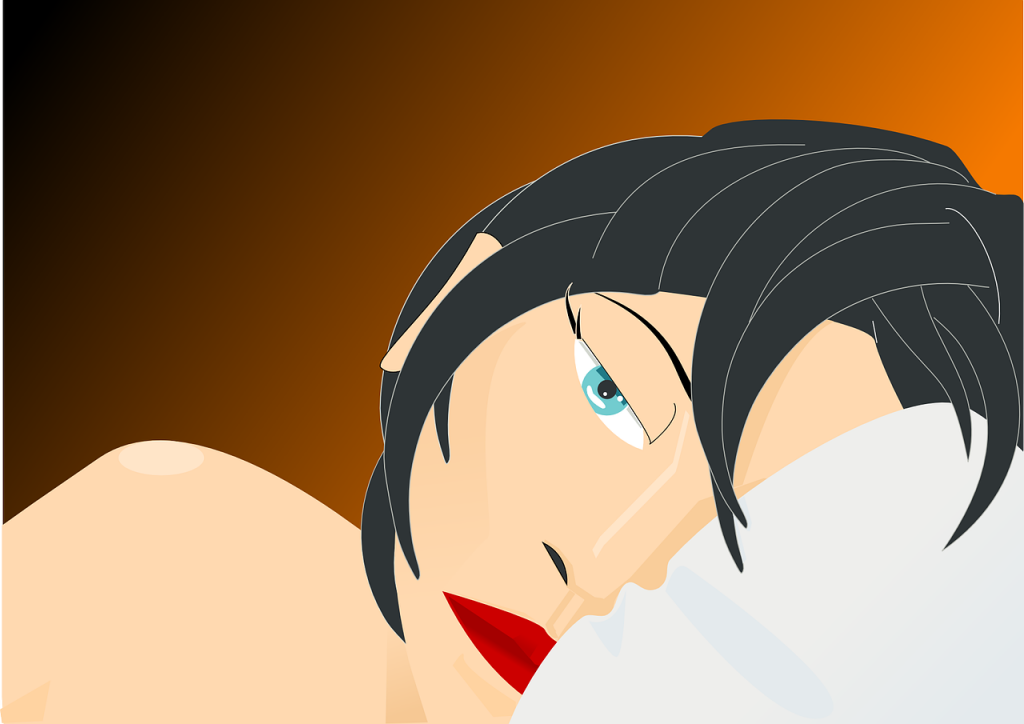 I am not what one would call “a good sleeper.” According to my mother, I didn’t sleep through the night until I was at least two and have many middle-of-the-night memories during my childhood and adolescence. I still wake in the middle of the night more nights than I don’t. On a good night, I fall back asleep right away, but if I hear a noise, or have something to worry about, or (apologies if this is TMI) it’s the few days before my period, or a dream left me unsettled, or I start thinking, or I’m on vacation and not in my own bed — any of these will mean at least an hour of wakefulness, if not the loss of sleep for the rest of the night.

Incidentally, this is how I survived my own daughter not sleeping through the night consistently until she was six — we had similar nighttime schedules.

It’s also how I avoided recognizing how much my depression was messing with my sleep: my wakefulness was worse than usual, but not terribly unusual.

All that is to say that the whole topic of sleep can make me anxious enough that it interrupts my ability to fall asleep, so I usually nod off by distracting myself. For years, it was late-night TV. Then we took the TV out of our bedroom, and it became youtube videos on my laptop or on the iPad. And then I went on my beautiful antidepressant, and staying asleep became more common, as did falling back asleep after I awoke in the middle of the night.

But still I kept with the laptop, even though I’d grown to kind of hate it. It doesn’t help me fall back asleep when I wake up in the middle of the night, because by then my husband is next to me, and I don’t want to wake him up with the light or the noise. And I began to wonder whether it was, in fact, a bad sleep habit that made it more likely that I’d wake in the night. So I fired up the Kindle and tried reading (I used the Kindle so I didn’t have to have the light on).

It was an immediate improvement. Immediate.

I fell asleep easily and stayed asleep. My sleep was more restful. I got more reading done. It was glorious. I raved about it, swearing that I’d never go back.

And then, one night, I didn’t have a new book lined up. So I went back to the laptop. I’ve flirted with the Kindle since then, but haven’t continued it as a habit. Even though I know it’s better for me. Even though I actually like it better than the laptop. The lazy laptop monkey on my back is hard to shake.

Paul got it so right:

I’ve got no nifty solution, and there has been, as of yet, no overcoming. I’m in the midst of this fight. But I vow that, tonight, I’m going to keep the laptop downstairs, and I’m going to read the book on legal issues for self-publishers. Maybe this time I’ll be able to keep the better habit going.

Do you have any good habits you’re avoiding?
Feel free to confess them here so we can do the self-recriminating together.

As a dancer married to a drummer, I notice rhythm everywhere, like when my windshield wipers beat in time to the song on the radio. I pride myself on being able to pick up difficult and diverse rhythms — Latin, African, waltz, jitterbug, Creole. I clap on the two and the four (the key is to take a step to the side on one, clap when you bring your feet together on two). One of my sweetest delusions when pregnant with my first child was that I thought for awhile that he was moving rhythmically in relation to my heartbeat; he was hicupping.

My household is run on rhythms: certain days the kids empty and fill the dishwasher, certain days are laundry days (with each part portioned out to different people), others grocery shopping days. Some days have a slow and gentle waltz rhythm, others are like frenetic tap dancing. I try to embrace each one.

So why do I resist establishing rhythms just for myself? I obsess about the family rhythms, constantly tweaking them to find what is working best at this stage in life, adjusting myself to changes in rhythm as the kids get older and my husband busier at work.

But a regular writing time? A regular devotional time? A disciplined approach to media consumption? Just for me.

Why is my rhythm the least steady? The first one to be broken into and taken over? I wouldn’t stand for that as a choreographer. Why am I standing for it in my life?

It isn’t just the family; it’s me; it’s my old friend Resistance; it’s my fear and overthinking.

But it’s just rhythm. A step on one before I clap on two that will ground me.

So maybe I stop thinking in terms of habit — a much more punitive word, and one I have a very mixed track record of success with. And starting thinking in terms of rhythm, something I can groove with, settle into the pocket of, something I can even choose to dance double-time or half-time if need be. I can mark it or dance full out, as necessary. Rhythm. Step on one.

[this post is my first participation in Lisa-Jo Baker’s Five Minute Fridays.]