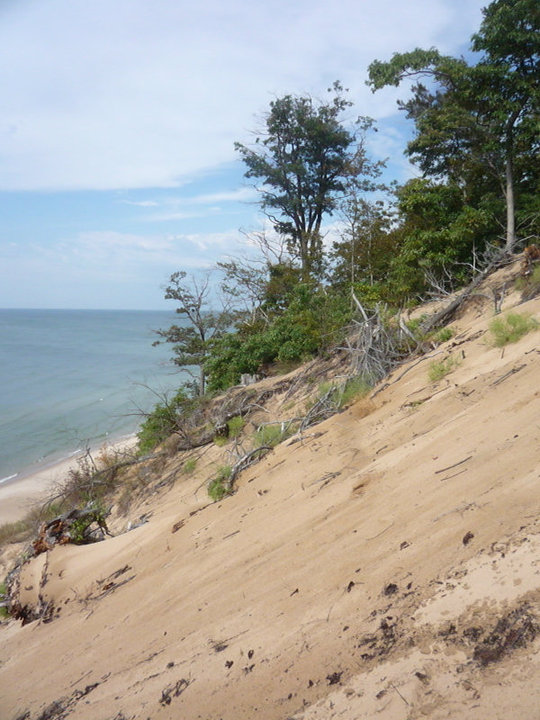 This post was originally going to be about jealousy and stupidity and a long-overdue apology. You see, I like to think of myself as supportive of my fellow writers. If you are a friend, and you have a blog, I will not only read it, but most of the time, I’ll let you know I read it. I try to encourage my writer friends, commiserate with them. But I’ve been in possession of a slim volume of short stories for over a year, stories written by one of my favorite cousins, Rodney Hart. I bought it as an ebook the first day it came out, so at first my excuse was that I didn’t like reading on my iPad. But then he gave me a physical copy. Still nothing.

What’s worse is that it wasn’t accidental. I avoided them. Out of stupid jealousy. Because here I’d been writing with the dream/goal of publication for years, submitting work and getting rejected over and over, and he quits his job and within several months, self-publishes a collection of short stories.

I’m not proud of my jealousy, but I can’t hide from it, either. So I apologize to Rod, here in public: sorry I was such an idiot.

And then this week I got sick of myself (this is so often my motivator) and finally read RockNRoll Shorts: Tales From a Local Musician’s Road. Most stories are vignettes from the lives of gigging rock and roll musicians, with band fights and money woes and grimy bars and the transporting community-making power of music. There are some great moments, like in “Rednecks and Soul,” about an African-American singer-songwriter playing in a redneck bar; Marceau’s interactions with a bar customer he calls “Party Naked” (because that’s what it says on his shirt) are really great, both funny and classy. The story made me want to hear Marceau play. This is a great description from “Lost Dead and Saved”:

They grew up in Hannibal, Missouri, a sludgy river town Mark Twained to death with no music scene and coffee shops as the only venues.

Love that. And this reminds me of a hundred similar conversations with musicians, from “Lost Dead and Saved”:

“You know, ‘Reeked of Death’ would be a great band name,” Vinnie said, and Benny smacked him upside the head in honor of Mush.

But then there’s the story that hijacked my planned post about writerly jealousy, “Beautiful Night to Relive.” It details several days Rod spent camping on my parents’ beach a few months after his mother died suddenly and unexpectedly. My aunt was a bright spark of a woman, genuinely delighted in so many things, a writer of stories for her grandchildren, an encourager extraordinaire. She was only a few months from retirement and the freedom to visit her kids and grandkids as often and for as long as they all wanted. And he never got to say good-bye.

In the story, he’s sitting on the deck when he first hears her voice:

“Is this the place that’s going to save me?” she sang, and the wind was her mirrored symphony, and for the first time since her funeral, I wept.

The next time, it’s when he can’t sleep, and he’s counting “the seconds between the waves”:

“It’s a beautiful night to relive,” she sang.

I opened up the tent to look around. I started back toward the steps, and there she was, slowly descending without walking, a light behind her and a sound of a symphony in front of her.

“It’s a beautiful night to give back what you get,” she sang. She got near the bottom of the steps, and her face had a wide goofy grandma smile, and her arms were extended. “Beautiful,” she sang, and the chorus behind her intensified.

I started to walk toward her, and she held out her arms, and I was just a few feet from her.

Then she was gone, and the silence thundered in my ears, and I stood motionless for what seemed like hours.

I can see this.

There are more sightings, more singing, some words of wisdom. There’s a conversation that I loved between him and my brother. Even some humor at the end about her directional impairment. But mostly, it’s a deep and good story about grief and loneliness and facing loss — and how amazing a place a Lake Michigan beach is.

The thing is, he’s not the only one in the family who’s seen a loved one after they died.

Given that we grew up in the rather heady Christian Reformed faith and, as a clan, are not generally given to emotional displays, we’re not who you’d think would be open to seeing those who’ve passed on. But we are.

When I was 9 or 10, I saw my Opa (Dutch for grandfather) who’d died the previous year. I was sleeping over at my cousin Esther’s house and woke up some time in the very early morning, when there was a haze of light coming through the curtains — her pink curtains, in her pink room, with the pink shag carpeting. And then there was my Opa, standing at the foot of my bed, canted forward slightly at the waist, as was his way. He made a calming gesture, not quite a wave. It was weird, but I wasn’t afraid. I was comforted.

I mentioned it to Esther in the morning, and when she said she’d seen it, too, I got huffy about her wanting to be a copycat, and not wanting me to have an experience she didn’t. (Those of you with a same-gender cousin almost exactly your age might recognize the competitiveness that can coexist with cousinly friendships.) I hadn’t even been particularly close to my Opa. I’d been living in Australia for the 3 years before he died, although I’d seen him the month before when we’d flown back to Canada for Christmas.

In fact, I forgot about the Esther-aspect of the story until she was sick with cancer and started talking to others about having seen Opa. We were much better friends as adults, so we could talk about it as a shared experience. A warm and loving experience. Made extra poignant because Esther was, herself, dying. This viewing became so widely known and openly discussed in the family that just a few weeks ago, Esther’s father was telling a story about something else that happened at that house, and my dad said, “You know, that house where you and Esther saw Opa.”

At least one member of my father’s generation has seen a departed loved one, as well, but that person hasn’t told me the full story (although I’d love to hear it some day), so I can’t detail it here.

And I know that at least one person was hoping that Esther would take inspiration from her Opa and visit those who ache from missing her. But to my knowledge, she hasn’t.

While I’m not generally into paranormal stuff (I didn’t even go through a ouija board phase as a teenager), I can’t deny my experience. Nor can I deny Rod and Esther’s experiences. Sure, one could say that my aunt’s appearances were manifestations of his need for closure after her death, but plenty of people say belief in God is irrational and ridiculous, and I believe in God with my whole heart and mind.

So I’m left loving that story of my aunt on the beach, encouraging her grieving son, and I’m glad he could be with her one more time.

How about you? Any good ghost stories? I’d love to hear them, whether comforting or confusing.

Also, I would like some kind of credit for not using the phrase, “I see dead people,” anywhere in this piece.